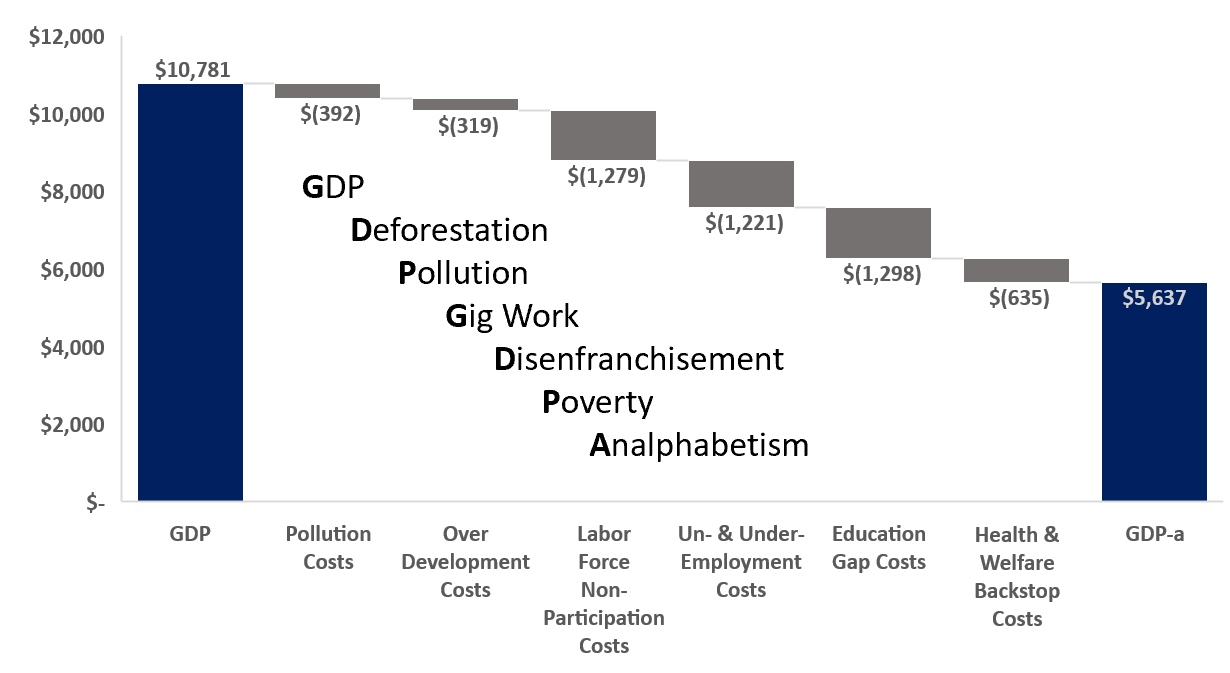 Unemployment is an important component of GDP-a, so measurement accuracy is important. Sometimes adjustments are needed to improve the accuracy of national statistics. The U.S. Bureau of Labor Statistics (BLS) publishes a widely cited unemployment rate (called U3) that fails to account for one out of every three people who are ready and willing to work. For example, those who haven’t worked for the last four weeks are not counted in the labor force. Neither are the poor and homeless who don’t self-report, discouraged workers who have stopped looking for a job, long-term unemployed (more than four weeks), the underemployed, unemployed gig workers, and others. These groups make up 78 million people, or 24% of the U.S. population, as shown in the chart below. 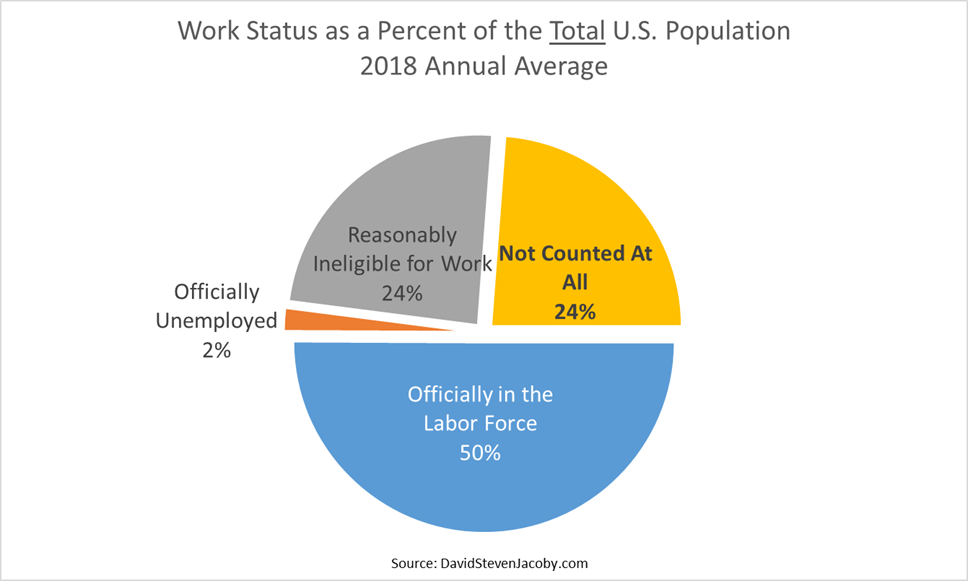 BLS publishes six variations on the unemployment rate, named U1 through U6, which ranged from 1.4% to 7.6% of the official civilian workforce in 2018, with the U3 being the most widely reported. While the U3 rate, which at 3.9% for 2018 seems to fall in the middle and thereby be a trustworthy estimate, the actual rate was 14.7% (as shown in the chart below) after poor non-respondents, the homeless, the underemployed, unemployed gig workers, discouraged workers, long-term unemployed, and other capable groups are counted in the eligible labor force. It is also worth mentioning that BLS counts anybody who works more than one hour a week as employed.

The largest group of groups outside the official labor pool consists of poor people who don’t report to the BLS that they are either working or not working, perhaps because they don’t have a registered phone or a fixed address. The second largest group is underemployed gig workers. The third is discouraged workers who have stopped searching for work. The fourth is workers who haven’t filed for unemployment in the previous six weeks. Finally, prisoners for whom employment might be beneficial and/or rehabilitative are not counted, which normally might be of debatable significance except that the U.S., with the highest incarceration rate in the world, has the highest number of prisoners per capita in the world (as of 2015). The chart below shows the breakdown of uncounted labor in the official “labor force.”