Is it possible to perpetually extend the fossil fuel frontier? 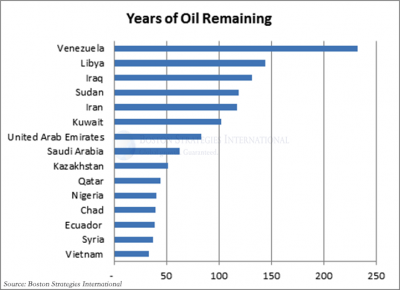 In their book “Ecological Economics” Daly and Farley wrote: “We almost certainly will never exhaust fossil fuel stocks in physical terms, because there will always remain some stocks that are too energy-intensive or too expensive to recover.”

Technological advances have enabled us  to continuously readjust our fossil fuel reserve forecasts, but they will eventually have their limits. It is a scientific fact that it takes 9.8 joules of energy to lift 1 kg one meter and there is no techonological advance that can change that fact. Additionally, a fossil fuel is recoverable only if the net energy gain from extraction is positive (it needs to take less than a barrel of oil to extract a barrel of oil), and increased energy is being consumed to recover the remaining supplies. Therefore the energy return on investment is declining: in 2012 the top 50 American oil operators invested 20% more than in 2011 to develop new oil fields, and yet their combined production grew only 13% while after-tax profits declined 58%.

While the EIA increased its forecast of global recoverable shale gas by 10% in 2013 to 7,299 trillion cf, another 2013 survey of 35 leading companies in shale exploration revealed that their average capex spending reached $50 per barrel with average revenue per barrel of $51.5. Exploration and Production (E&P) companies will need to identify the sweet spots within this landscape if they are to reap their target ROI on E&P spending.

In addition, the countries with the most years of oil left include many of the less politically stable ones, which will provide incentive for a global political convergence. With extensive experience in the Middle East and Latin America, Boston Strategies International is helping its global client base to establish win-win joint ventures and partnerships to take advantage of this opportunity.