Fracking: Where Will Latin America Be Without It? 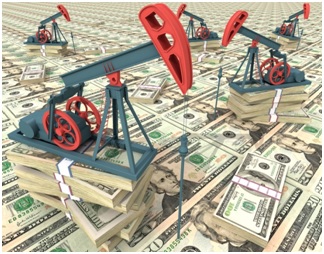 Latin America, which holds approximately one-fourth of the world’s recoverable shale oil and gas reserves, is poised to reap the benefits of the North American shale revolution between now and 2025.  Ranked by shale reserves, the five largest countries in Latin America are:

Argentina has emerged as a potential shale oil superpower as it now has the second-largest shale gas reserves (behind China with 1.1 tcf) and the fourth-largest oil reserves.  It has the shale oil potential of 27b barrels of oil and 802 tcf of recoverable shale gas. The Vaca Muerta formation (located in the Neuquen basin) holds the majority of Argentina’s shale oil reserves with a recoverable 16.2b barrels and 308 tcf of natural gas. Chevron, in partnership with YPF, has begun to exploit the Vaca Muerta formations shale oil reserves and has already invested $3b in the Loma Campana venture, which YPF has described to be the most important shale oil project outside the US. YPF has signed various agreements that will boost fracking activities in Argentina significantly. YPF and Petronas signed an agreement in 2014 to develop shale oil in Argentina’s massive Vaca Muerta formation with over $500m of initial investment. YPF and Petronas plan to use hydraulic fracturing to drill several dozen wells in a pilot phase and as many as 1,000 wells over the coming decade. YPF’s deal with Chevron could lead to about 1,500 wells drilled. In 2013, another deal was signed between YPF and Chevron, which has already turned that area, Loma Campana, into the second-biggest producer of unconventional oil outside North America. Chevron has invested more than $2b till date and is producing more than 25k barrels of shale oil a day at about 245 wells.

The Mexican government’s new energy reform legislation permits the use of fracking, after a majority of senators rejected a clause that would have prohibited the controversial technique. State-owned oil giant Petróleos Mexicanos (Pemex) estimates that Mexico’s shale formation holds the equivalent of 60m barrels of oil, more than the country has pumped out using conventional* means since the turn of the century. Mexico drilled its first shale gas well in 2011, in the Burgos Basin of northern Mexico, in the equivalent of the Eagle Ford Formation of the US. But as of February 2013, there have been only six productive shale gas and tight oil wells drilled in Mexico (a seventh was abandoned as non-productive), all producing from Eagle Ford equivalent. Mexico’s technically recoverable shale gas resource is 545 tcf., the sixth largest in the world.*

Venezuela has 167 tcf of shale gas and 13.4b barrels of oil reserves.* Much of these reserves are found in the state of Zulia which borders Colombia. The low oil prices have made it very difficult for Venezuela to explore and produce shale oil gas due to the high production costs. Venezuela is planning to begin its first shale gas exploration in western Lake Maracaibo in a joint venture with Brazil’s state-run Petrobras. The joint venture company is called Petrowayu, in which the state run oil company PDVSA has 60% stake, Petrobras has 36% and US based Williams has the remaining 4%.  PDVSA has already run initial tests for shale gas at La Guajira, also in western Zulia state, in the hope of discovering significant reserves of unconventional resources.

In Colombia, shale potential is mainly present in three of its 23 basins: the Middle Magdalena Valley (MMVB), Llanos, and Catatumbo basins, amounting to a total shale gas reserve of 55 tcf. Potential shale formations are also thought to exist in the Caguan-Putamayo, Cesar-Rancheria and Eastern Cordillera basin. So far, shale exploration has been predominantly focused on the MMVB. The primary source rock in the MMVB is the La Luna formation, which is considered to be of high quality, and can be compared to those of the Eagle Ford shale formation in the US. The MMVB is estimated to have 18 tcf TRR shale gas, roughly a quarter of that being wet gas. In addition, it contains significant oil deposits estimated at 4.8b bbl. In the latest round of oil and gas concession auctions carried out by the Colombian government, 19 of the 98 bids went to fracking sites, where foreign and national investors will attempt to exploit the deposits of shale oil and gas, most of which lie somewhere to the north of the centre of the country.

Bolivia is very keen to exploit its 48 tcf of shale gas as it fears running out of its conventional gas reserves by 2026. Back in 2013, the country’s state-owned Yacimientos Petroliferos Fiscales Bolivianos (YPFB) announced it would begin studies to identify shale gas deposits. At this point, however, there is no law that regulates hydraulic fracturing activities in Bolivia, but a hydrocarbons bill is underway which addresses the exploitation of unconventional gas.

In Peru, shale gas was found in the Devonian shale beneath the Santa Rosa 1X well in 2009, which was drilled by Maple Energy. Shale gas has not been previously developed in Peru, and Maple Energy is currently seeking investment partners for development at Santa Rosa.

In other smaller Latin American countries like Ecuador, Cuba, Trinidad and Tobago, and El Salvador fracking potential is meager, almost nil. Even if there is any little reserve, lack of investments and protests from environmental groups make it impossible for shale drilling to commence.

While shale gas prospects seem promising in Latin America, some fundamental challenges exist with respect to its viability. Financial viability of these projects is a question in most parts, especially Mexico and Colombia, where shale gas drilling is a costly affair.  Efficiency and quality control are difficult to achieve as shale drilling is still at a nascent stage, pushing cost up, more so in the absence of economies of scale of operations.  Choice of drilling equipment, stimulation technologies, and well spacing are some of the critical decisions that need to be taken. Large volumes of sand, water, and chemicals need to be transported to the drilling site, which can get logistically complicated. The right procurement, logistic, and supply chain strategies will ensure better quality and cost control. Therefore, E&P companies eying shale gas drilling in Latin America must depend on expert supply chain strategies to manage their logistics and the cost of purchased materials and services.

* According to the US Energy Information Administration (EIA)