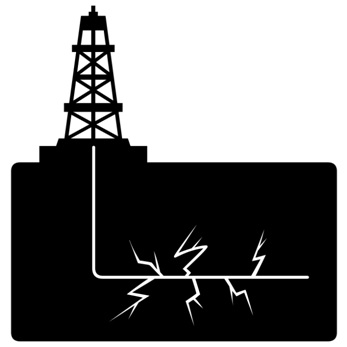 In Colombia, shale potential is mainly present in three of its 23 basins: the Middle Magdalena Valley (MMVB), Llanos, and Catatumbo basins, amounting to a total shale gas reserve of 55 tcf. Potential shale formations are also believed to exist in the Caguan-Putamayo, Cesar-Rancheria, and Eastern Cordillera basin. So far, shale exploration has been predominantly focused on the MMVB region. The primary source rock in the MMVB is the high quality La Luna formation, which can be compared to those of the Eagle Ford shale formation in the US. This region is estimated to have 18 tcf TRR shale gas, roughly a quarter of that being wet gas. In addition, it contains significant oil deposits estimated at 4.8b bbl.

Colombia jumped onto the fracking bandwagon after its Mining and Energy Ministry gave the green signal to this practice in 2014. The government established a regulatory framework, so as to minimise the risks associated with fracking. In the latest round of oil and gas concession auctions carried out by the Colombian government, 19 of the 98 bids went to fracking sites, where foreign and national investors are now attempting to exploit the deposits of shale oil and gas. Shell, Ecopetrol (Colombia’s state-run oil company), Exxon Mobil, and Nexen Petroleum are a few who have purchased the rights to develop these sights. In this regard, the government specified that the bidders for unconventional blocks must have financial standing of at least $200m (compared with $6m required for onshore conventional blocks). This reflects the high costs of shale exploration in entering Colombian market and suggests that smaller players would need to join bigger companies if they intend to ride high on the wave of shale boom.

The government had initially hoped that commercial production of shale oil and gas could begin sometime in 2015. However, the drop in crude oil prices proved to be a dampener in Colombia’s hopes of developing shale deposits as a way of countering depleting conventional oil reserves. Global drillers including Exxon Mobil are deferring shale exploration plans as crude oil price plummeted. Colombian drillers including Ecopetrol and Pacific Rubiales Energy lowered exploration spending in 2015 as they focused mainly on production. Ecopetrol’s budget for unconventional reserves was $40m this year, compared with $240m in 2014. Royal Dutch Shell and ConocoPhillips have also deferred shale exploration spending in Colombia.

Despite Colombia’s competitive environment, exploration has until recently mainly focused on conventional methods. Concerned with dwindling natural gas reserves (currently 7 tcf of proved reserves) from existing conventional fields and the prospect of becoming a net importer within a few years, Agencia Nacional de Hidrocarburos (ANH), the state regulatory body on hydrocarbons, has introduced several policies in recent years to encourage shale drilling. For example, they introduced a 40% discount on royalties to make the exploration and production of unconventional resources even more attractive. In addition, natural gas producers in Colombia now have the right to export without prior Government approval, as long as total gas reserves meet at least eight years of domestic demand.

ANH conducted Colombia’s first shale block auction in 2012. It had high hopes for the second unconventional auction through Ronda Colombia 2014. However, shale plays auctions raised only about $1.4b, significantly less than the $2.6b expected originally. Despite this, Ecopetrol continues to control the majority of the market, managing about one third of the oil and gas licenses in Colombia. Shale exploration has become a critical component of Ecopetrol’s business plan, and the company plans to drill for unconventional hydrocarbons this year in the Middle Magdalena and Catatumbo areas, including nine stratigraphic wells, three exploratory wells and three productivity and study pilots.

As its current reserves will only last for about six years, the commercialization of Colombia’s proven shale reserve is essential to the country future energy prospects. However, commercial success will depend on the cost of exploitation. Fracking is a relatively expensive proposition if it is done correctly, due to quality, environmental, and efficiency concerns, which is why the major firms like Halliburton, Schlumberger and Baker Hughes are well-positioned to execute it. Choice of drilling equipment, stimulation technologies, and well spacing will determine the productivity of a field. Reservoir response should be carefully monitored over the life of a project to make necessary adjustments to the operational model. The drop in oil prices put on hold the beginning of shale exploration that was planned for the start of this year.  Fracking at $45-50/barrel makes it extremely difficult for smaller, independent and/or local E&P companies to get started. Shell and Exxon’s have already delayed the shale drilling decision due to current price level.

The companies getting into shale gas production in Colombia today will need to streamline their procurement costs and invest in productivity, technological, and operational excellence. Operational efficiency, a skilled workforce, effectiveness in supply chain management and monitoring of costs will be critical.